It’s not what you think!

All those who expect an essay about the bible or the famous pop group “Genesis” will be disappointed. Today’s topic will show you how echocardiograms can change over time and what this means for the patient. A 68-year-old lawyer was referred to our cardiac center due to dyspnea. His GP had sent him to a chest-X-ray, which showed bilateral pleural effusion and pulmonary congestion. The ECG showed marked left ventricular hypertrophy and frequent ectopic beats. 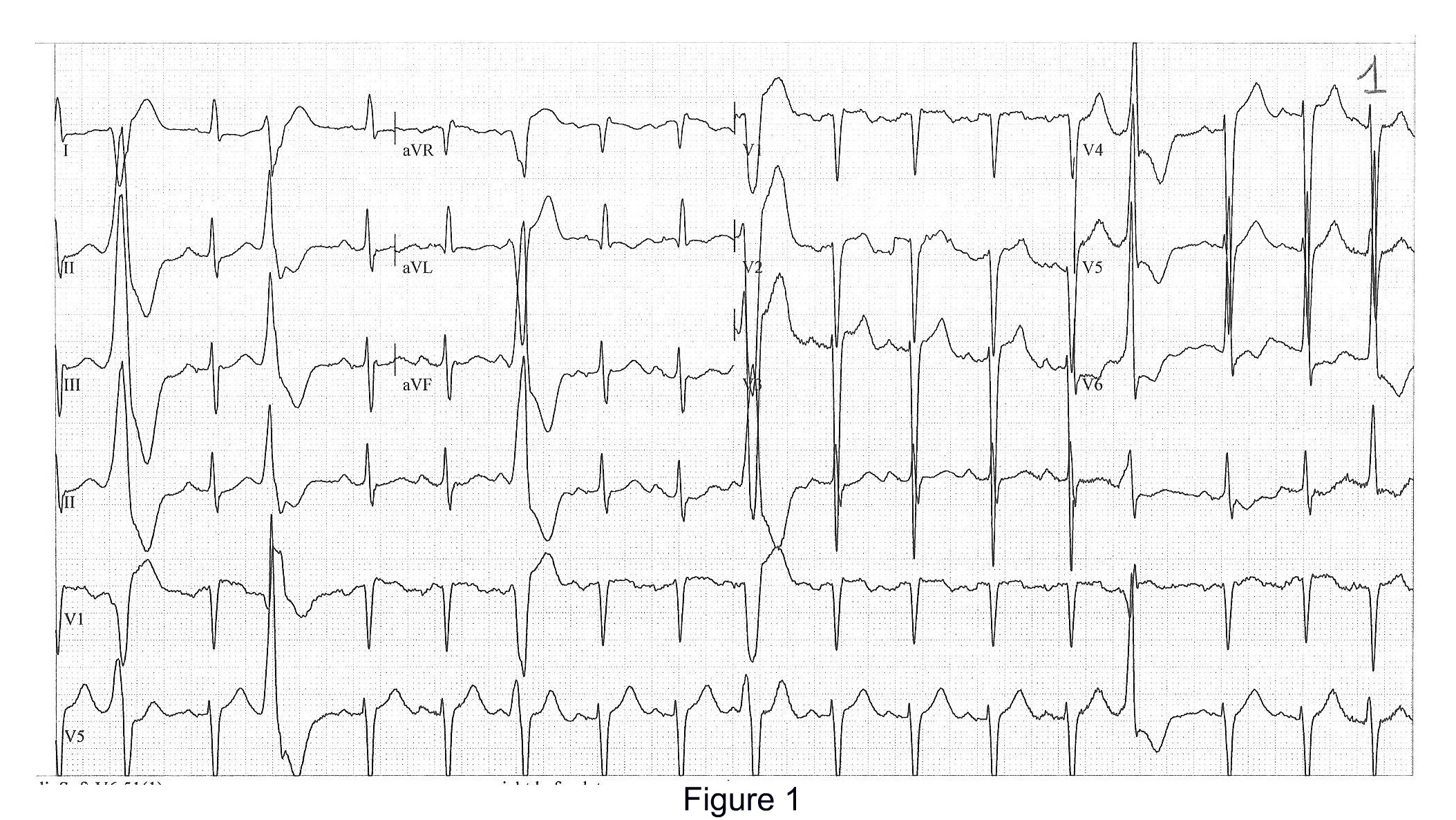 The echo revealed an enlarged hypertrophic left ventricle with severely reduced systolic function of 35% (Figure 2). The aortic valve was severely calcified with high systolic gradients across the valve (peak gradient = 80 mmHg, mean gradient = 45 mmHg, Figure 3).  Using the continuity equation we calculated an aortic valve area of 0.6 cm2. Beyond doubt the patient had severe aortic stenosis with a failing left ventricle. The patient told us that he had never suffered from angina, exertional dyspnea or syncope before. Thus, heart failure was the first clinical manifestation of his severe aortic valve stenosis. 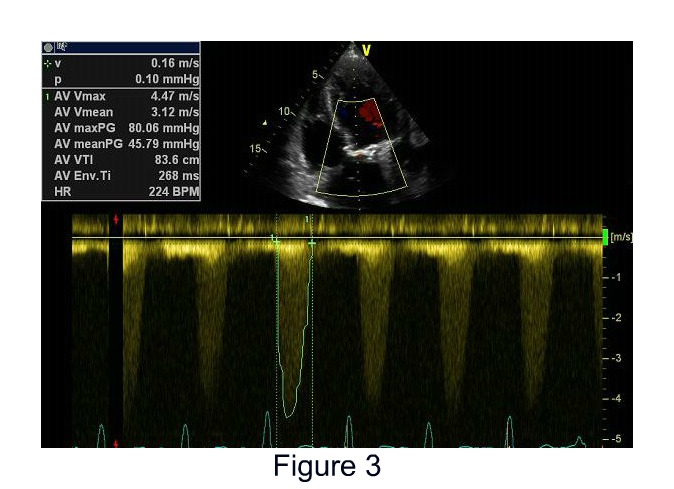 Clearly, something had to be done since the prognosis of severe aortic stenosis with heart failure is very poor (2-year mortality: 50%). But what are the options? Transaortic Valve Replacement (TAVI)? Surgical aortic valve replacement?  Since the patient was rather young (at least compared to his fellow patients) and because he did not have any other risk factors, the best option was certainly conventional cardiac surgery. But whichever option you choose, left ventricular function would most likely get better after the procedure.

Which option did the patient choose?

Surprisingly, he decided for option “three” (not recommended!) – to wait and to do nothing. As a lawyer he was frequently confronted with malpractice of doctors and his trust in medical professionals was rather low. Well, what could we do – at the end of the day it was his choice. But at least we were able to convince him to take diuretics. Still, we wanted to give him a second chance and arranged a follow-up visit two weeks later. He did not show up. We called him and finally - three weeks later - he came for re-evaluation. He was in a poor condition, and was hardly able to speak without losing his breath. Still, he stated that he was feeling great. But now, we were the judges - and this was definitely false testimony. He didn’t even bother to get the pills we prescribed from the pharmacy. 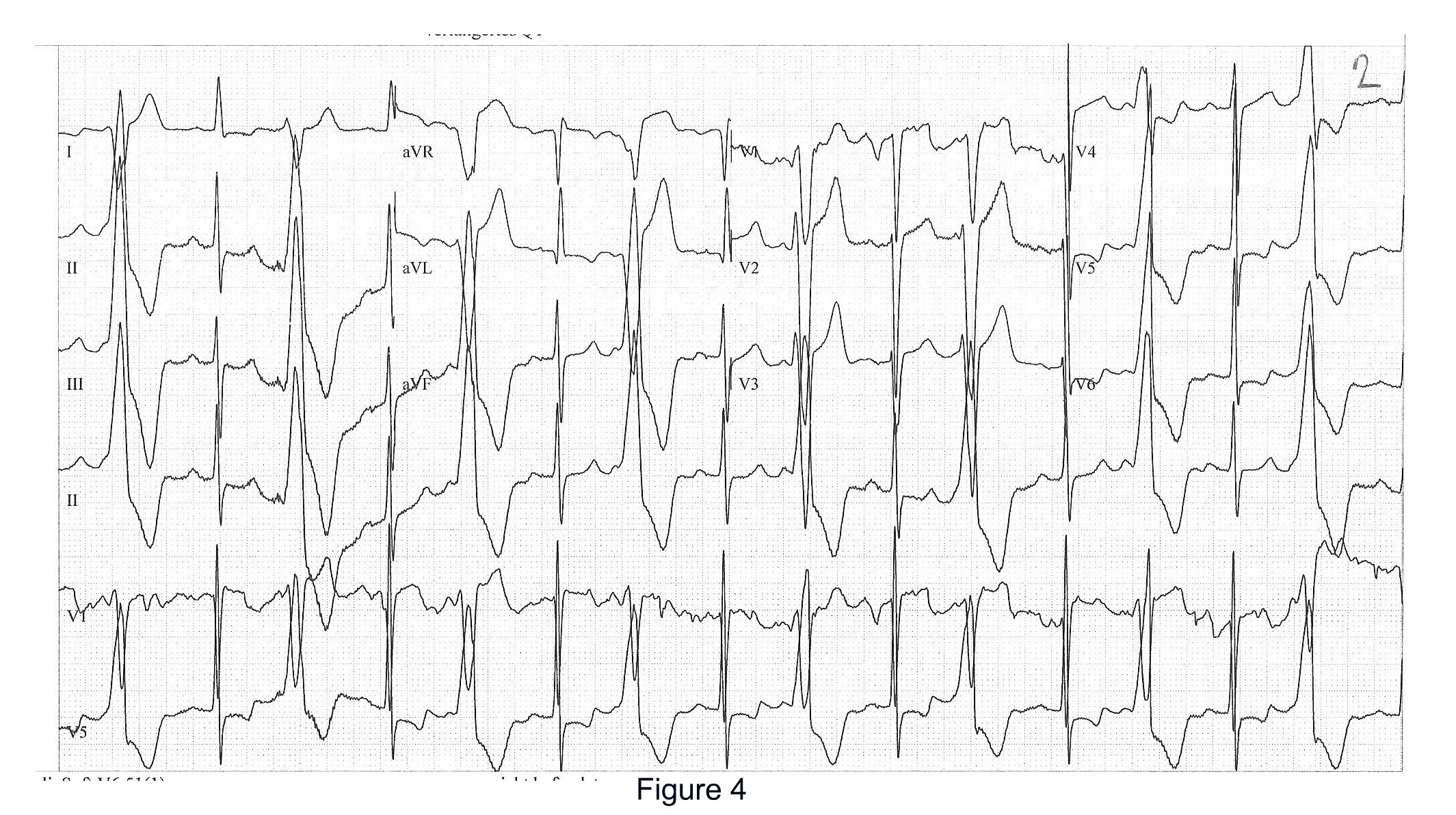 Left ventricular function had deteriorated further and was now around 20% (Figure 5). His gradient had also dropped. Not because aortic stenosis got better but simply because cardiac output had now dropped. Possibly, also because ectopic beats had increased. Now, the patient had low flow - low gradient AS. If we had seen the patient before, we could have been in doubt whether aortic stenosis was really the cause of heart failure and dobutamine echo would have been the next step. But with a previous echo available, everything was clear. This case should also remind us of how important regular follow-up studies are for finding the true “Genesis” of aortic stenosis. 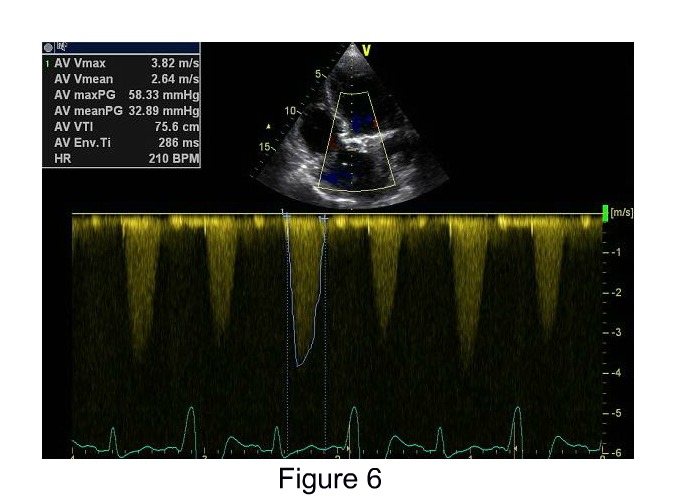 Lawyers can be a strange folk – he still rejected surgery, as he considers himself asymptomatic. Yes, treating patients can be frustrating. But at least, we did everything we could. Most importantly, we gave him the most thorough and state-of-the-art echo examination, made an indisputable diagnosis and recommended the appropriate treatment. That’s crucial, especially if your incompliant patient is a lawyer!

So what’s next for you?

Next time you treat an incompliant lawyer, you want to be sure to make no mistakes. You will have to become an expert as well. Learning to be an echo expert is easier than you think. It won’t take more than 90 days for you to go through our online echo course and become a true expert. At the end of our course, you will be able to correctly diagnose over 95% of your patients. Moreover, you will know which are the 5% of patients where you have to go and get help from someone who is more knowledgeable than you. After all, expertise also depends on the number of patient cases you have seen. Please be aware that we only present real cases here, no fiction! After all this is what you are most likely to encounter yourself. So take the next step in your professional development and register for our course now!

Recommended articles:
North “Stars” and Aortic Stenosis
Brains for Membranes
The View from the Top