Researchers from the University of Queensland, Australia, say every hour of TV watching after age 25 cuts almost 22 minutes off your lifespan. So people who spend a lifetime average of 6 hours per day in front of the tube “can expect to live 4.8 years less” than adults who do not watch TV.

Interesting, isn’t it? But the point is… could TV kill you more quickly? Go through the following case and find out.

Landstrasse 13, top 9. Mary, A Caucasian woman, 52 years of age is lying on her sofa watching episode 1.023 of her favorite soap. A very emotional scene and suddenly Mary gasps for air and looses consciousness. Her husband is with her and immediately calls 9-1-1. He is told to perform cardio-pulmonary resuscitation (CPR) until the ambulance arrives and he is given instructions on the phone.

The resuscitation team gets into the flat after 9 minutes and takes over: ventricular fibrillation, three shocks, back to sinus rhythm and to life! Mary is a survivor to sudden cardiac death (SCD), and she is doing fine.

Mary has no previous history of cardiac disease and nobody in her family has ever experienced sudden cardiac death. So why did she get a life threatening arrhythmia? Let us go through the work up step by step and see if we can find the reason. Let us start with the ECG:

Do you find anything special? Some degree of ST segment depression in the left precordial leads maybe. But remember, this ECG was written shortly after resuscitation. The lab test also showed nothing that would point to the cause of her problem. What do we do next? “Echo, what else?”

We were really confident that echo could provide the answer. Maybe some form of cardiomyopathy or signs of coronary artery disease? What did the echo show? Look for your self:

Mary has normal left ventricular function, and no wall motion abnormalities. To be more precise, her LV also shows normal longitudinal contraction (assessed by speckle-tracking echocardiography). So we don’t have indirect signs of recent/old myocardial ischemia. This does not rule out coronary artery disease as a cause of SCD. Maybe she had an ischemic event in the setting of a critical coronary stenosis. This is why coronary angiography is next on the list:

Let me show you one thing we did detect regarding Mary’s cardiac valves:

Do you believe this MR can be responsible for SCD? No. Moreover, flow velocities across every single valve are normal!

Now that the most likely diagnosis is gone, we need to sharpen our wits! What would you look for? Maybe there is something we are missing?


Parasternal short axis view: No pericardial effusion or any other
abnormality that could explain SCD.

What do we need to exclude? Let us go through the list: hypertrophic cardiomyopathy (nope, Mary has no LV hypertrophy), restrictive cardiomyopathy (nope, normal atrial size and normal diastolic function), acute myocarditis (nope, there is no pericardial effusion or LV dysfunction). Moreover, the absence of pronounced trabeculations means Mary does not have LV non-compaction cardiomyopathy. And nothing points to an infiltrative disease, such as cardiac sarcoidosis, amyloidosis, Fabry disease or hemochromatosis. Even the right ventricle is normal in size and function. It doesn’t look like RV dysplasia.

But MRI disappoints us as well: absolutely nothing, no late enhancement as indicators of myocarditis, and no fatty infiltrations or other signs of right ventricular dysplasia.

Groping in the dark

Imaging is usually great and in most instances we find something that explains the cause of SCD, but here we are without an answer. You might ask: Why are we showing you a case with a normal echo - a normal heart. For two simple reason: first, to show you the reality (approximately 10-15% of SCD occur in the absence of structural heart disease) and, second, because modern diagnostics has its limitations. There are situations where we are simply left groping in the dark.

What are non-structural causes for SCD? Maybe Mary has a cardiac channelopathy. A disease that is usually genetic (mutation) in origin, leads to dysfunction of the ion channels and predisposes to malignant ventricular arrhythmias. There are severely different variations: Long QT Syndrome (LQTS), the Brugada Syndrome (BrS), the Short QT Syndrome (SQTS), and the Catecholaminergic Polymorphic VT (CPVT). A normal ECG (as in Marys case) does not rule out such a pathology. Or maybe it WAS the television that almost killed her?

Do you have any suggestions? And what is the consequence for Mary. Would you recommend ICD implantation? Write a comment, don’ t be shy!

By the way, folks, I’d rather avoid watching endless TV serials … I mean, just in case. Attend our 123sonography courses, instead; it is proven that they are harmless ;) and make you a better echocardiographer. 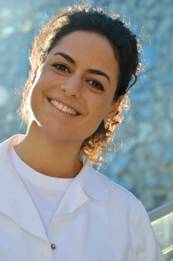