The African "Beauty" and its "Beast"

Join us on a tour around the globe. Meet some of our users and friends and learn more about the specific problems and diseases in those countries. Last week we took a virtual trip to India and talked to Satish Govind about the burden of mitral stenosis in his country. This time we are "visiting" East Africa, specifically Tanzania one of the most beautiful countries on earth.  Famous for the Serengeti, the great African Fault and the Ngorongoro Crater. 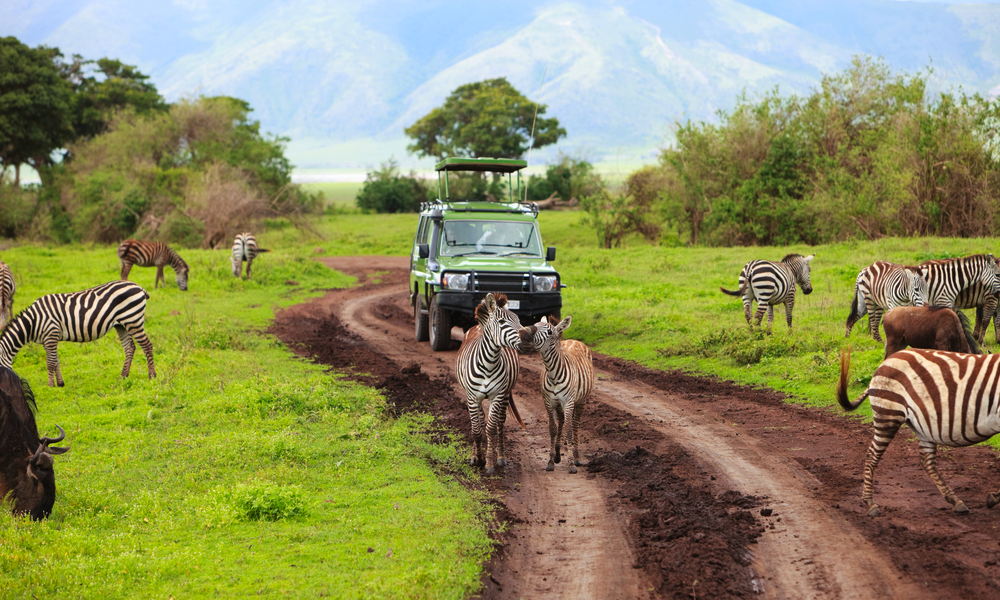 Road in the Ngorongoro Crater. Its floor covers 260km2 and it is home
to approximately 25000 large animals.
But the beauty of the country cannot mask the difficulties in medical care that Tanzania has.

We talked to one of our users: Dr. Issakwissa Mwakyula who works at the Mbeya Referral Hospital; located in the southern highlands areas of Tanzania, near Malawi and Zambia borders. Issakwissa received his degree in Masters of Medicine in Internal Medicine from the Muhimbili University, Dar es Salaam and is eager to now learn more about echocardiography. We talked to Issakwissa and asked him about his work environment. 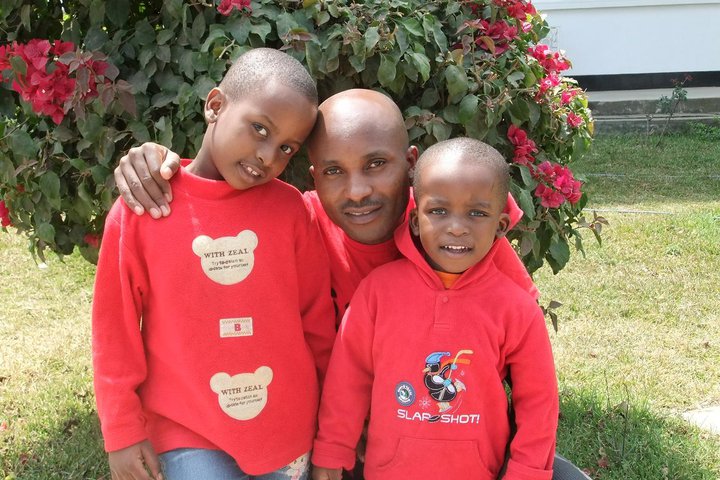 Dr. Issakwissa Mwakyula at home with his kids: Joshua (4) and
Cleopatra (7).
Issakwissa, What are your responsibilities at the Mbeya Hospital?
Issakwissa: I am personally involved in the care provided to individual patients in inpatient and outpatient settings. As an attending physician I usually provide supervision to nurses, internal doctors and registrars (house officers).

Which cardiovascular diseases are you mainly confronted with?
Issakwissa: Currently we have been facing a lot of cardiovascular diseases in the area due to the HIV epidemic. So diseases such as HIV related or Zidovudine induced Dilated Cardiomyopathy are very common. The increase is probably also due to the increase in life expectancy of HIV through the introduction of Highly Active Antiretroviral Therapy (HAART).

A Review of what HIV is all about:
Here is an example of a patient with HIV associated cardiomyopathy:

Patients with HIV associated CMP don’t look much different than other
forms of dilated cardiomyopathy. It can present as acute myocarditis with
both left and right heart involvement but also present as chronic dilated
cardiomyopathy. Note that this patient also has a smallpericardial effusion.

Color Doppler shows mild mitral regurgitation. The patient was put on
heart failure treatment but diedonly 4 weeks later due to uncontrolled
infection.
Short axis view showing reduced left ventricular function.
HIV is very common especially among the young female population (15 to 24 years of age). In this population the prevalence rate of HIV is 3.8 percent.
HIV infection can cause myocarditis. When looking at postmortem hearts of HIV-infected patients more than 60% had myocarditis by histopathological criteria. Most of these patients however show only discrete and unspecific abnormalities on the echocardiogram. The development of HIV induced cardiomyopathy is strongly related to advanced forms and to patients with low CD4+ counts (<400 cells/mm3). Since access to HAART and other supportive treatment is lower in countries like Tanzania HIV associated cardiomyopathy is also more common there. These high-risk patients often develop severe left ventricular dysfunction and can progress to advanced forms of dilated cardiomyopathy. It is often unclear whether the HIV virus itself, antiviral treatment, or myocardial co-infection is responsible for systolic dysfunction.

What are the greatest challenges with respect to HIV?
Issakwissa: Mbeya Referral Hospital has been lagging behind in terms of medical innovation. Even though it is a referral hospital serving more than 6 million individuals in the southern highlands of Tanzanian, the hospital doesn’t have cardiac ultrasound. Currently it has been using an ultrasound machine with an abdominal probe to do heart exam! Bad enough it has only one radiologist who is fully involved in hospital management activities. 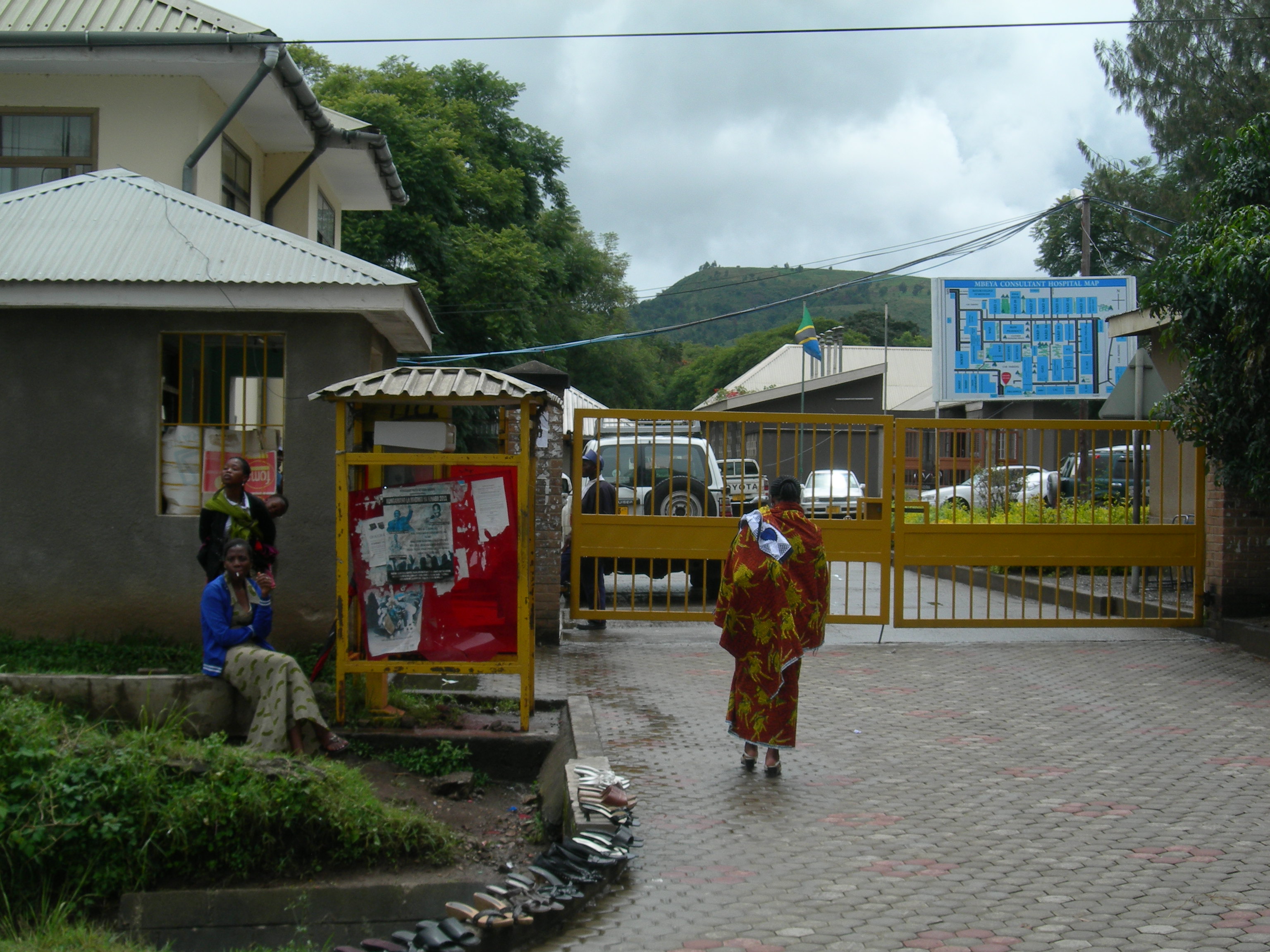 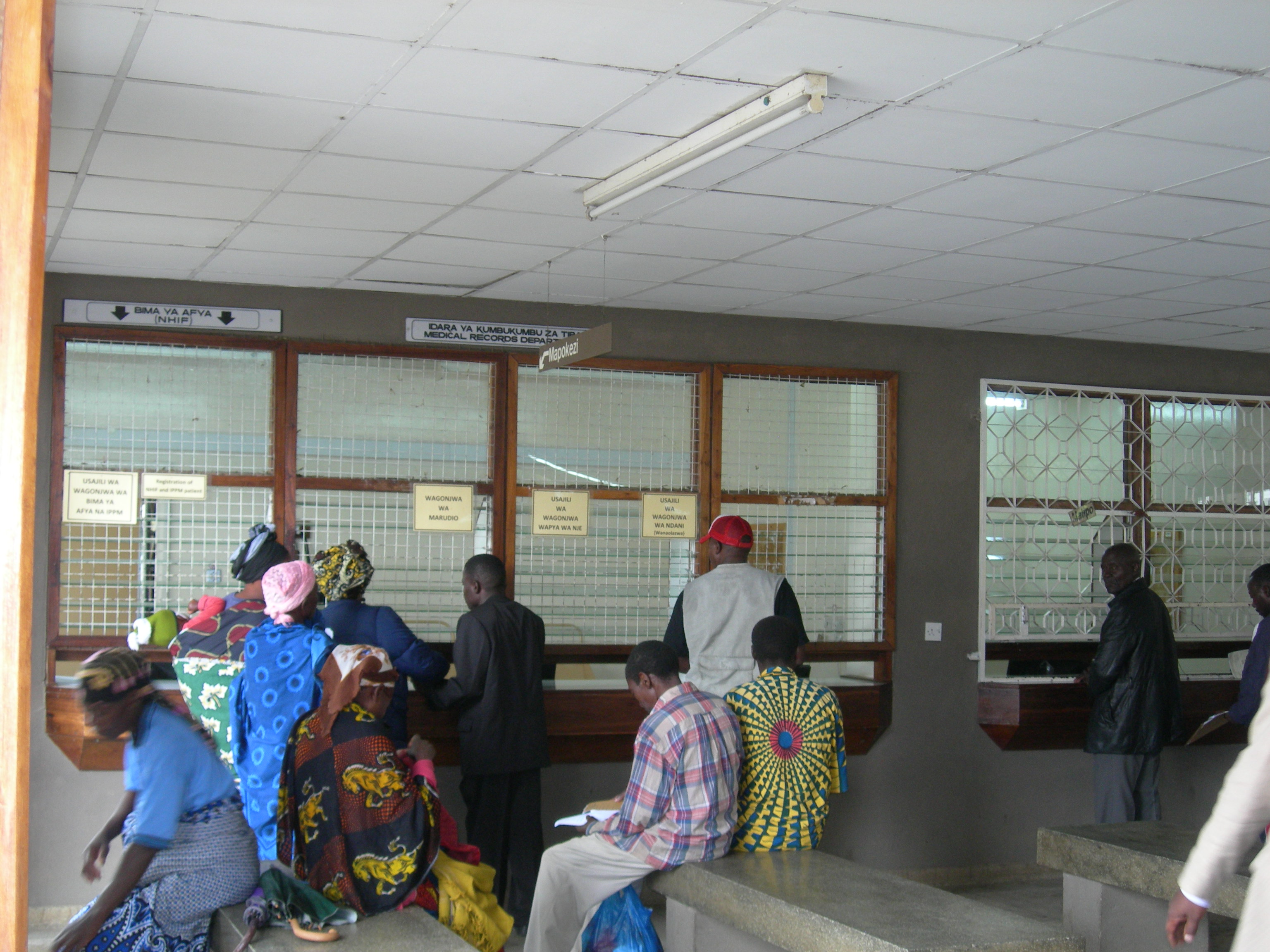 Main gate of the Mbeya Referral Hospital (left), a section of the
reception (right).
Issakwissa: How do patients with HIV Cardiomyopathy present to you?
Issakwissa: We often encounter HIV patients usually not on HAART (and low CD4 counts < 100 cells/ul) with dilated CMP. They typically come with shortness of breath and lower limb edema and sometime with vague chest pain. They will also present with symptoms of biventricular heart failure (since they come late). Some patients also have a history of alcohol abuse. We usually initiate heart failure treatment and HAART (if not yet on ARVs). However, our experience has shown that these patients carry a very poor prognosis.

What difficulties do you face in your training?
Issakwissa: There are procedures that I am supposed to be familiar with, but because we are working in difficult environments and sometime with very few equipment or experts; and therefore I lack the knowledge of procedures in question and interpretation of findings. Some of these procedures include transesophageal echocardiography for example. Continuous medical education is of paramount importance to help medical doctors in Africa acquire some skills that were not acquired during undergraduate or postgraduate training.

How do the problems with the infrastructure directly affect medical care?
Issakwissa: I can give you an example: A 36 years old woman of the Safwa tribe living near the suburbs of an African town used to fetch water and collect firewood in the bush. She is the one responsible to clothe and feed her family. She had attended primary school and never had chance to join secondary school. Farming is the only thing she can do. Last year farming activities grew, so she had just started doing small business as a rice monger in a village market. The husband had left her with four kids when he mysteriously disappeared in a local pub. Recently she started cohabiting with a married man. She has been using oral contraceptive pills, to avoid pregnancy. 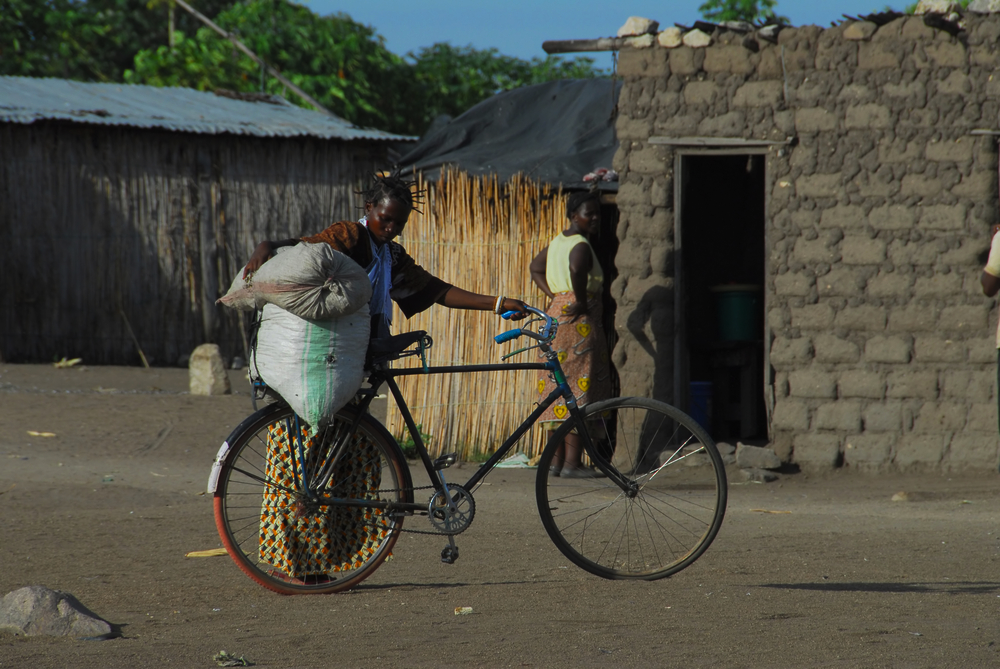 Women in Tanzania loading a bag of rice onto her bicycle.
On a cloudy rainy evening, she arrived at our hospital with shortness of breath, and pleuritic type chest pain. She had no remarkable medical symptoms or history. She had been taking alcohol but denied taking tobacco or any drug use. She had no family history of cardiac or respiratory disease.

On examination she looked unwell, dyspneic, and pale. Her temperature of 36.67°C, oxygen saturation was 70% on room air, heart rate was 130 beats/min, blood pressure was 160/90 mm Hg and respiratory rate was 24 breaths/min. Breath sounds were decreased, crackles were present bilaterally at the lung bases, and peripheral edema was noted. The jugular venous pressure was elevated. The rest of the physical examination was unremarkable.

Immediate Chest X-ray, electrocardiography and echocardiography were not done, because these equipments are not readily available.

The specialist on call was called very late; because the nurses thought it was just pneumonia. When the attending physician came, he added intravenous heparin to other drugs administered by a house officer, as a pulmonary embolism could not be ruled out. Unfortunately, heparin was nowhere to be found. The patient died within three hours from admission.

If you have stories to tell, or want to report about specific challenges that you face just contact us at:
[email protected]